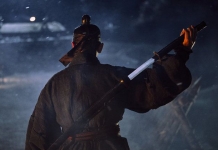 Kingdom Season 2 has started filming on February 12 and will be aired in 2020. Netflix released 2 still photos of the Season 2 of Kingdom. In the first still photo, Crown Prince Yi-Chang (Joo ... 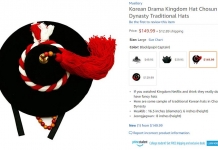 You can purchase everything you need from Amazon including Korean traditional hats (God Korean hat) in the Netflix's Korean drama 'Kingdom'. Most hats sold from Amazon will be reproductions of the Hat and made of ... 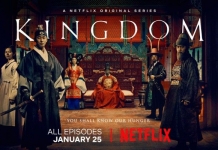 Netflix Korea released a special highlight trailer, "Kingdom - A Worldwide Dubbing Version", a mixture of different languages in a short video. Kingdom has been released in 190 countries in 27 languages and supported 12 ...

﻿ Kingdom is a 2019 South Korean TV series written by Kim Eun-hee and directed by Kim Seong-hun. It is Netflix's second Korean original series. Kingdom is set in the real-life Joseon dynasty (also transcribed ...

"Still marry me" whose original Korean title is "아직도 결혼하고 싶은 여자" meaning "A woman who still wants to get married." "Still marry me" is a South Korean romantic comedy TV series that revolves around three ...

[Background] The series "Princess Hours" (Hangul: 궁; hanja: 宫; RR: Gung; lit. "Palace") are set in an imaginary 21st-century Korea which has retained its monarchy and imperial family since 1945. The series focus on the lives of Crown Prince Lee Shin and a newly married bride Chae-kyeong.

The series start off with the news that Emperor Lee Hyeon, Shin's father, is seriously ill. There is a grim outlook on the King's health, driving the imperial family to find for Shin a suitable consort that will allow him to ascend to the throne if the situation requires. Despite being in love with the ambitious and talented ballerina Hyo-rin (whom he initially proposed to and was rejected), Prince Shin eventually marries a commoner to whom he was betrothed by his grandfather, the late Emperor Seongjo, in an agreement with the girl's grandfather. His new wife is the headstrong yet lovable Chae-kyeong. Althogh initially they had no feeling for each other, love eventually blossoms between the couple.

[Inhwa year 14]
What is it?
I hate to say this, Your Highness.
Tell me what’s wrong.
It’s central vertigo, Your Highness.
Central vertigo?
Yes, Your Highness.
It’s a preceeding sign of cerebral apoplexy.
I can’t believe this.
How can this be?
I don’t know what to say, Your Highness
In the Kwanghwa year 49, the late King suddenly passed away [,who had been healthy], and Crown Prince Hyo-Yul faced an untimely death just a year before that.
When I think of the commotion it has brought upon the palace, my grievances are too great to express with words.
I think it’s time we prepare for the future of the royal family.
I meant the Crown Prince’s marriage.
The children are too few in this family.
We must apply the traditional imperial regulations to prepare for his wedding.
This is a crucial moment for the welfare [destiny] of the royal family.
Let’s act wisely for the future of the royal household, so that it will flourish in the 21st century.

Queen Seondeok of Silla (about 600 - 17 February 647) reigned as Queen Regnant of Silla, one of the Three Kingdoms of the Korea Peninsulla, from 632 to 647. She was Silla's twenty-seventh ruler, and its first reigning queen. She was the second female sovereign in East Asian history and encouraged a renaissance in thought, literature, and the arts in Silla (- Source: Wikipedia).
[Naration] When the heaven and the earth were connected and had not been separated yet,

when there were two suns and two moons, a sun fell and became a star in the North Pole.

(And) a moon fell and became the seven stars of the Big Dipper of the North.

Smaller stars became the stars of the people (and)

He raised [led] Shilla, a small and weak nation,  and established a great sacred nation.

Are you Baekje armies? [Baekje was a rival of Shilla]

That is right. We came to carry out the revenge for our deceased king!

[MiShil] Your Majesty, I have erred.

[King JinHeung] That is not so. I didn't listen to you and paid dearly for it.

[MiShil] You must not inspect the national boundary alone, Your Majesty.

Please stop your inspection and return to the palace.

[King JinHeung] No, I will not.

[King JinHeung] I am going to climb up Mount PukHan [in Seoul today] with my grandson PaekJeong, the crown prince, and view my Shilla.

[King JinHeung] All of this is my Shilla.

[MiShil] Not only that, Your Majesty. You rule from Maheulryeong and Hwangchoryeong of the North to Danghang Fort of the West.

[King JinHeung] This is your accomplishment.

[King JinHeung] You have created the new Shilla, the new era.

[King JinHeung] Eul Je, I commend you for establishing stability within the walls.

[Eul Je] My deepest respect to you, Your Majesty.

[King JinHeung] And to you, Noribu and SeJong [maybe Seijong], you have given me support and led the army.

I commend you for your loyalty.

[Noribu and SeJong] Our deepest respect to Your Royal Grace, Your Majesty.

[King JinHeung] As a Wonhwa [a position to lead young people], you have raised the members of Hwarang and trained good talents.

[SeolWon] Yes, Your Majesty... and MunNo,

Our deepest respects, Your Majesty.

[King JinHeung] Now, the Shilla of the future belongs to you.

[King JinHeung] Because of you, our impossible dream became possible.

[All] Your Majesty, our deepest gratitude for Your Royal Grace.

[King JinHeung] My dear PaekJeong! You must also take after me and realize even more impossible dreams.

[PaekJeong] I do, Your Majesty.

[King JinHeung]  Great, if all of the people here support you, then you will realize them.

You can find more Korean Dramas at this YouTube channel.

Queen Seondeok lived from around 580 AD to 647 AD (Please click "CC" for subtitles.) This is a touching story. Young Seondeok was in a danger but her desperate attempts...

[Deokman - young Seondeok] I can make rain!
[Village people] What? - Come again?
[Deokman] I can make it rain.
Listen, I know how to predict rain, trust me.
[A woman] How you going to do that?
[A man] The skies are clear, who you kidding?
[A woman] Sun is burning down on us, look.
[Deokman]  But suppose I make it rain? That's what you need, right?
Of course.
I'll make it rain, really for sure.
Have a little faith. I know how to predict rain.
[Seolzi] You can make it rain?
[Deokman]  Yes, sir. You saw my books? I'm from the desert.
And the desert's dry, right? No water.
But we still eke out a living. How you think we live?
By making rain when we need it, that's how!
[A man] He's so full of... I should..!
He'd say anything to save himself.
He tried to talk his way out of this. Look how far he's sunk.
How could HE make it rain? - SO full of it.
[Deokman] No, I can do it. Untie me and I'll show you.
[Seolzi] Untie him.
[A man] Sir.
What the..? - What's he doing?
What's that?
What're you..?
[Deokman] Gimme your hand, ya baby.
[A man] Fine. Here!
What's this..?
Ouch! He burned me!
Burn... owie...
[Deokman] I control fire and water.
[Deokman]  Give me my books and I'll get you your rain.
[Seolzi] (I will give you) Three days.
It rains in three days...
or you die.
[Deokman]  I understand.
[Deokman]  Please make an altar for me. (I'll need an altar.)
[Seolzi] Make an altar.
- Sir.
[Cheonmyeong] That's just a magnifying glass. It can't make it rain.
[Cheonmyeong]  What are you up to? What makes you think you can make it rain?
[Cheonmyeong] Do you really know how?
[Deokman] How would I know?
[Deokman]  But I bought us three days.
[Deokman] Who knows?
[Deokman] Gold might grow from the ground or a passing princess might save us.
[Deokman] Or maybe it'll really rain.

[Village people] He got away! He's gone!

Over there. He's in the fields. That way.

[Seolzi] What are you doing?

[Deokman] Maybe I can't bring you rain, but I can find water.

[A man] You think we haven't tried that?

[Deokman] But you only dug the topsoil. You've got to go deeper.

[Deokman] If I do [stop], what then? You want I should lay down and die?

She died to save me, so I could come here.

And you want to send me back to the Sui [a kingdom of China]?

Or to kill me now?

Please take me to him. Let me find him!

I can't leave Silla [one of the three kingdoms in the Korean Peninsula at that time] until I find him.

So stop it! Stop telling me to stop!

[Seolzi] What are you? What didn't do a thing.

Look at him. No one stands in his way.

He wanted his freedom more than we wanted to sell him.

We can't stop him.

But at least we'll make something from selling you.

This is really a touching story. Have you ever been so desperate in your life?

More Korean Dramas can be watched from this page.